Skip to content
Morocco is a relatively conservative country in the Muslin world. When we were sauntering on the streets at night, we surprisingly found that only men were enjoying a cup of tea and chatting with each other in the square. We felt hundreds of eyes staring at us as we passed by, and it just made all of us so uneasy…… 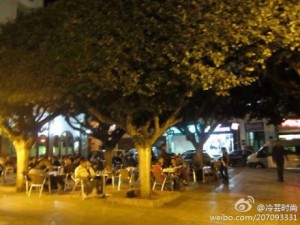 Morocco international bazaar, which reminded me of the Yiwu Small Commodities Market in China. To any outsider, it seemed to be a messy place; to the peddlers, they were quite used to this world full of diverse languages, skin colors and odors. A noisy and colorful world. I was most impressed with the embroidered slippers made of artificial leather and the concave leathered cushion, because I found them in almost every shop. Do you know what they are for? 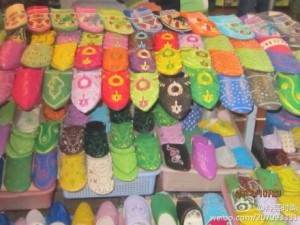 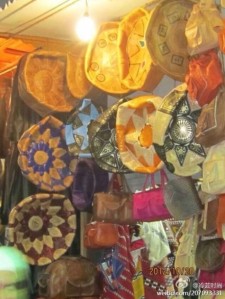 Rabat is the capital city of Morocco. I enjoyed walking along these lanes with bolarious walls on their sides~ Just watching a ray of sunshine over the top of the walls, as a veiled woman in grey robe walked by…… so tranquil, heartwarming, and exotic. 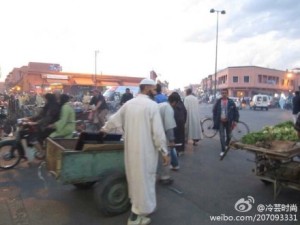 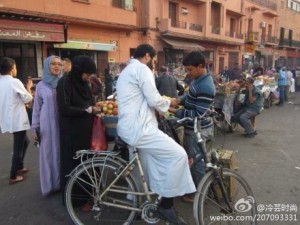 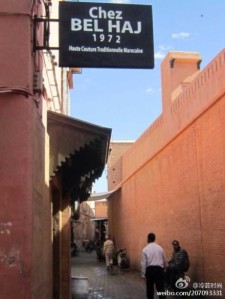 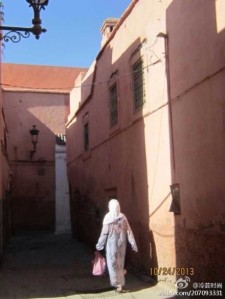 There is no luxurious hotel in the city; rather, it’s most famous for the home stays — small but fragrant places. Morocco was once a French colony, so there are many descendants of French people in the country. 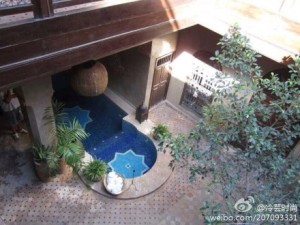