I went to ‘NIGHT OF STARS’ Gala dinner hosted by the Fashion Group International. Here below is the information, if you want to check it out.

I ran into Simon, dean of Parsons Fashion School, who just sat right next to me. What a small world!

Spotted on the red carpet – the world-renowned duo-designers. You must know who they are if you are in the fashion industry! They happened to walk right behind me after the Gala. So I took a photo with them!

This is the most beautiful man’s face that I’ve ever seen in person. Sean O’Pry, who is now the hottest male model on this planet. He has such a delicate face – especially his eyes are just so attractive! 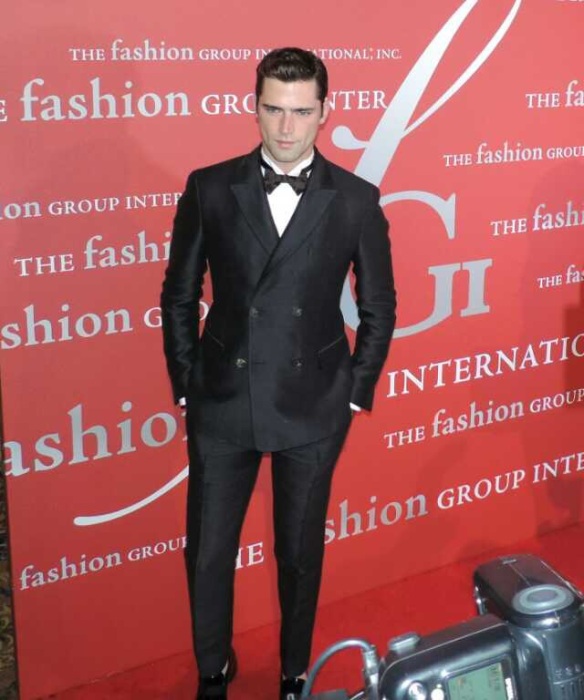 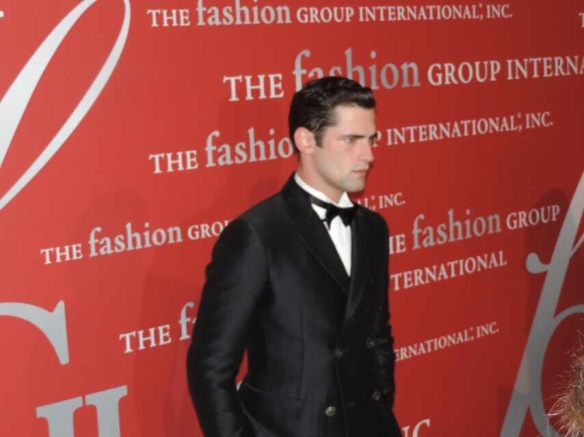 You wouldn’t know this little secret until you’ve been on the site-☺ Noticed the Miss who is holding a board with the celebrities’ names? This prevents the media from mismatching the names and the photos. Indeed, except for those most famous celebrities, it is possible to mistake one celebrity for another. I asked the media photographers near me and found out that most of them in fact do not know most of the people walking down the red carpet! But apparently they still know more than I do! 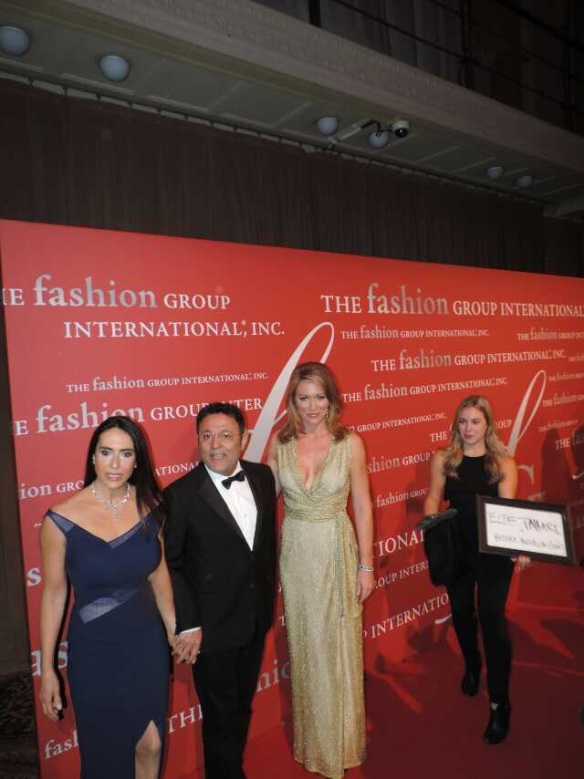 Julie Macklowe, the founder of Vbeauté. What a bling-bling!

Derek Lam, now one of the hottest Chinese-American designers!

Victor & Rolf are giving out an award! 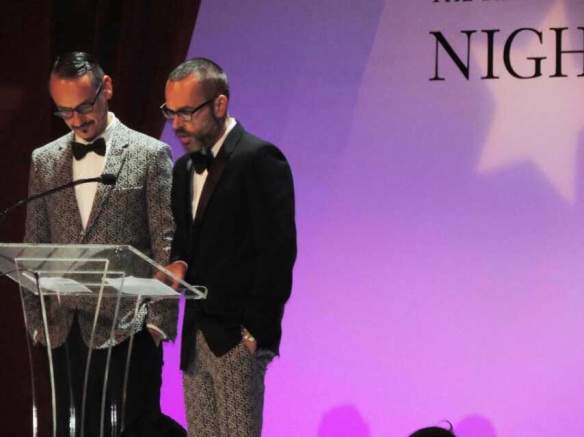 Sarah Burton, the Creative Director of Alexander McQueen (for those who are not working in fashion industry, she is the dress designer for Kate Middleton’s wedding). I’ve always liked her designs. She inherits the delicate cutting skills from McQueen. Moreover, she brings down the wild imagination and theatrical creativity of McQueen’s onto the earth – while maintaining the visual impact, she makes the clothing more wearable for daily life. McQueen himself was never able to make profit for his own line (and I think this is one of the reasons that he killed himself), Sarah shall be the one who can break this curse. I also like her speech at receiving the awards. Most speeches lasted for a few minutes but hers only had a few seconds – “Thank you…. Thank you…, Thank you…” That is it! Direct and concise! (It does not mean others’ speeches are no good, in fact everyone’s is impressive and some of them also touched my heart. I like her speech because she just showed her personality to everyone)

Another celebrity designer – Marc Jacob, one of my favorite designers too. There are so many handsome guys in fashion industry unfortunately most of them are not straight-:)

Peter Copping, the new Creative Director of Oscar de la Renta. Before dying of cancer on Oct. 20, de la Renta, appointed Peter Copping to take over the position. Peter worked for Marc Jacob for 12 years and then he worked for Nina Ricci for several years. Will be interesting to see how he is going to rejuvenate this legendary old brand. In the photo, Marc Jacob is giving the award to Peter Copping.

With Diane Von Furstenberg, another legendary designer in the industry.

While walking down Wall street after the dinner, I found Victor & Rolf walking right behind me. How can I miss the opportunity of taking photos with them? They both are very handsome 🙂

With the arising star Joseph Altuzarra. Just checked his bio – he is of Chinese descent so no wonder I like him-:) Very sweet guy!

A solo photo taken at the gala dinner.