(This article was posted on”China Garments”2015.7. Unless otherwise specified, all of the pictures used in the article are provided by designer)

In terms of opportunities, there is no doubt that the biggest opportunity for Chinese designers is the adjective “Chinese”, especially in the consideration of media’s attention. From the industry media and consumer media to academia, all of them pay more attention to Chinese designers with the growth of “China craze”. In the industry media, the world’s leading fashion media WWD invited Hung Huang to write a series of special reports about ”designed in China” in 2013; Vogue China first reported several Chinese young designers when it was first launched in China in 2005 (though the reason of why they chose certain designers has been questioned). On the whole, both domestic and international fashion magazines report more on Chinese youth fashion designers than before. It is unprecedented that academia also concerns a lot about Chinese fashion designers. The latest academic work is edited by Gemma A. Williams, which includes interviews with more than 40 emerging Chinese designers. Almost all of these designers are independent designers. Before then, in 2009 the British publishing house Bloomsbury published “China Fashion: Dialogue with the Designer” written by me. This is the first English book that has introduced Chinese fashion designers to overseas readers systematically. The overseas Chinese version and simplified Chinese version of this book were published in 2011 and 2013 by the University of Hong Kong Press and Donghua University Press respectively. Thanks to domestic and overseas readers’ curiosity and hope towards Chinese fashion designers, this book could finally come out both overseas and domestically. Since Frankie Xie Feng presented at Paris Fashion Week in 2006 on behalf of the Mainland Chinese designer, we can find Chinese designers in all the big four fasion weeks almost every year. On the aspect of education, the annual increased proportion of Chinese students which have been enrolled by the International top design colleges, such as Central Saint Martins in London and Parsons School of Design in New York, has gradually outnumbered that of students from Japan and South Korea. These phenomena show that Chinese fashion designers are becoming more and more active in the international arena.

(Tangy’s collection. Established in 1994, Tangy is one of the most successful designer brands in China)

However, the word “China” is a double-edged sword. Designers need to understand the current concerns on Chinese designers are mostly confined to the media. There is no doubt that this is a huge progress, considering that 10 years ago, it was hard to find overseas media who paid attention to Chinese designers. However, as noted earlier, design requires the support of sustainable business models, or independent designer is just a catchy title. To be successful is all about finding favor with consumers.  Overseas media may give extra attention to the designer just because he or she comes from “China”, but wealthy consumers will not pay out of their own pocket just because the word “China”. How to convert media’s attention into effective purchasing behavior has been recognized by media as the substantive issue independent designers need to face. As a result, I am opposed to some media’s exaggerated puffery on fresh designers. I personally always advise those rookies not to be fooled by these media publicity. Many young designers assume they are close to the real master due to the puffery by media but suffer from the ruthlessness of the real business later. Being down-to-earth and providing good service to customers are of great importance. Especially currently, the overall performance of fashion retail industry is very sluggish around the world. Even the rich and powerful luxury brands have become more cautious when expanding and hiring staff. The negative performances are not typical within the small circle of independent designers. However, after these niche designer brands have grown to a certain size, these challenges will appear one by one. Without a sustainable business model, a designer can only be a designer, rather than achieve a designer brand. In addition, many young domestic designers are eager for quick success and instant benefits, making the commercial market more chaotic, which is embodied in a market flooded with plagiarism. Not only the design style, but the album shooting styles of different brands are similar: all of the designs uniformly have “exceptions” elements – plain colors, asymmetry and loose shape structure; all of the albums show an oriental beauty of being static and implicit and the models are uniformly expressionless with little expressiveness. The pictures are taken either in front of a white wall or in an eastern courtyard which is quiet and elegant. These elements surprise consumers at the beginning, but makes them bored once they realize all of the styles are the same. Even the brand names all have a “philosophical style.” “Exceptional” and “Tangy” are the originators of such style. Previously, many domestic brands tend to get a “foreign” name. Although in most cases, no one knows the meaning of such “foreign name” and the message it wants to convey. Names like “Exceptional” and “Tangy” were a kind of innovation then, and in the meantime, well meet the oriental brand image. However, in recent years, this trend began to overrun. Almost every new brand, in addition to those brands named after designer names, has taken this eastern-philosophy-like naming strategy. Although from a technical point of view, it is indeed difficult to identify the distinction between “plagiarism” and “using others’ innovation as reference” and it is also common to see plagiarism between big brands, the excessive group plagiarism could only make the market more and more chaotic and let designers enter vicious price competition, which is not good for designers and their career. 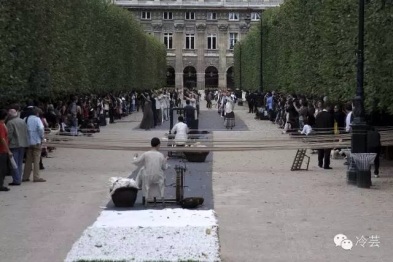 (Wuyong by Ma Ke. Expected to become an independent designer brand in another kind of sense with profound social impact)

This doesn’t mean that it is hopeless if the brand of independent designers doesn’t grow to a certain size. Actually, there are two choices for independent designers. Choice A is always to be niche. They can insist on their personal styles and pursue sustainable development of business instead of earning much money and expanding the scale. They may not have the successful business size in traditional eyes, but it doesn’t mean that this kind of designers cannot become outstanding. For example, Alexander McQueen, who passed away in 2010, was not that successful in business area, however, definitely a milestone in the history of design. Supposing that McQueen wasn’t acquired by Gucci (Kering in nowadays) Group, but chose to be an independent designer, he probably would not die young. Many independent designers are expecting professional capital investment. In their opinions, success can definitely be achieved as long as they have enough money and individual designing talent. In fact, failures of many brands are caused by the involvement of professional investors, whose job is to maximize the profit in the shortest time. The investment goal is really simple – profit. Once the professional capital intervenes, designers will inevitably be in a dilemma between personal design style and business capital. This is not an easy process. Therefore, before inviting the intervention of investors, designers should at first make clear what they want to achieve in the future. For independent designers, most of them may dream about creating a true designer brand, however, they need to understand that they have to pay a high price for that. There is no good or bad dream, but designers need to know what they want and what they are supposed to pay. Once the designers understand their goals, what they need to do is to hold fast to his or her goal.

Thank you for your reading!

If you like the article, welcome reproduced, but please indicate source;

This account is now looking for the cooperation with various medias and publishers.